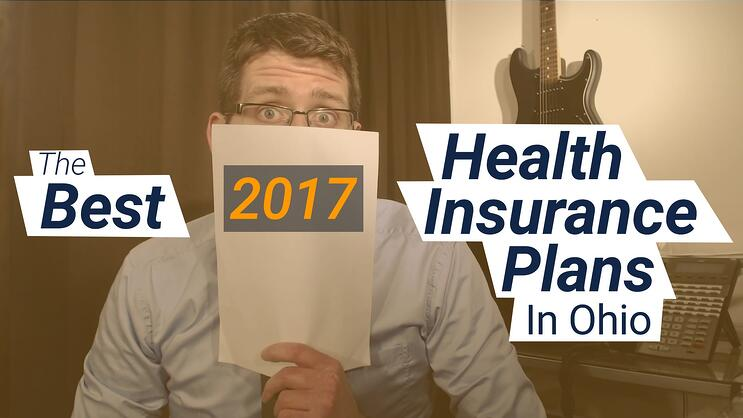 Your yearly health insurance search is one you probably approach with anxiety, fear and a pinch of anger mixed in for good measure.

Figuring out what the "best" plan is can feel like trying to hold water in a pasta strainer. Just when you think you've got every hole covered, water keeps spilling out.

My job here at Giangola Insurance is to help you identify that "best" plan for you or your family.

It's a question I help thousands of people answer every year.

So much so that this is the fifth installment of the "Best Health Insurance Plans in Ohio" list.

What You Need To Know First

Over the last three years Medical Mutual has dominated this best of list. Mainly because they had the best network of doctors and hospitals across the state. It didn't matter what part of Ohio you lived in, most of the time Medical Mutual came out on top.

Unfortunately this year Medical Mutual had to stop offering health insurance in 57 out of Ohio's 88 counties. They also had to downgrade their network in 23 counties by switching to an HMO only plan option.

That means there's a large number of people in Ohio who can't buy a health insurance policy that will cover their prefered doctors and hospitals, most notably from facilities like the Cleveland Clinic and Ohio State University.

If you live in one of the nine counties where Medical Mutual is still offering that great network, they should be at the top of your list.

If not, then you're forced to either move to one of those nine counties before the end of open enrollment or try and make the best of Anthem Blue Cross and Blue Shield's network.

NOTE: If you do live in one of the 23 counties that switched to the HMO network, these plan names will be the same from Medical Mutual, the only difference will be the doctors and hospitals you get treatment from

With the bad news out of the way, let's get on with the list.

NOTE: For Medical Mutual's plans, the word "Market" will appear in the name of the plan if you are buying it through healthcare.gov to collect your tax credit (if you qualify for one).

This plan has found itself on the list for a staggering four years in a row. This plan represents the best option to save the most money with the best access to doctors and hospitals around the state.

This plan is such a steady performer that here's what I said about it last year.

"It's hard to fall in love with this plan without doing some serious math first. This plan also routinely falls under the "it's all I can afford" category.

Before you put your foot in your mouth and say something you can't take back, you will want to see how much this plan costs you and figure out how much money it will save you in comparison to a lower deductible.

Yes paying $12,000 up front before the plan "kicks in" is a pretty scary proposition, but the question you need to ask yourself is how much did you pay toward your deductible last year?

Your medical expenses need to be guaranteed to exceed your deductible by a couple thousand dollars for that lower deductible to make financial sense.

That is of course you want to get the most out of the policy."

This plan used to occupy my favorite spot for a Health Savings Account plan. That was until the cost of almost all silver plans started getting a little out of control.

You're going to find that when you crunch the numbers, unless your have a substantial amount of medical bills on a monthly or yearly basis, this plan is going to cost you more than it's worth.

Of course, there no one stopping you from buying it if you "feel better" having a lower deductible. The odds are just stacked against you for getting the most out of it.

But, the plan is pretty straight forward, you pay for the full discounted rated of all covered medical services up to the deductible. After that Medical Mutual will pay for everything else for the rest of the year that is covered under the plan.

There are no copay's for doctor's visits or prescription medications.

Let's cut to the chase right away. If you need a plan with copay's for doctor's visits and prescription medication, this is one of the better choices you can make.

That means your prescription medication costs should be over $200 or $300 a month. You should also being seeing your primary doctor or specialist more than four or five times a year as well.

If neither of those things are true for you then this plan will probably be a waste of money. Again, outside of the comfort factor that you feel having a low deductible, the monthly cost associated with this plan will create a much more unpleasant feeling on your monthly cash flow.

Of course, it's up to you to determine how much your "comfort" is worth to you.

This is Anthem's version of the first plan on this list. It's going to work almost exactly the same except that the deductible is $150 higher than the Medical Mutual 6400 HSA.

You will also have a different (see tiered) network of doctors and hospitals with Anthem. Major facilities like the Cleveland Clinic and Ohio State University are not in the first tier of that network and will have you paying much higher charges to receive treatment from them.

However, if you live in one of the 80 counties where Medical Mutual discontinued health insurance or limited it to HMO only coverage, Anthem becomes your next best choice by default.

This plan is going to be one of the most affordable choices with Anthem.

NOTE: The "X" will only appear in the plan name if you are buying it with subsidies from the government.

This is going to be the plan most comparable to Medical Mutual's 1750 plan.

The deductible is going to be quite a bit higher, but the out-of-pocket max is substantially lower.

You're going to buy this plan for the same reasons you would buy the 1750 plan. If copays are your friend, this is going to be the best choice from Anthem.

Both of these plans are going to be a few dollars cheaper than the two HSA options on the list. If you aren't planning on taking advantage of the tax deductible money offered with an HSA account then one of these plans might make sense.

From an out-of-pocket max standard, your risk isn't that much greater and it will be your overall cheapest option.

What About Those Other Companies?

Again for the fourth year in a row, most of the companies you'll be able to buy health insurance from are not offering a combination of price and access to doctors that are good enough to be on a best of list.

Companies like CareSrouce, Molina, Summacare, Paramount and Premier have all decided to sit back and drastically limit the doctors and hospitals you have access to. A few of them will even be charging more money to do so.

On the other hand, a few will be noticeably cheaper. If you think the savings is enough to roll the dice on not having the best person available at your worst possible moment, than go for it.

Until the price gap gets bigger or they add some hospitals to their network they won't be making my best of list anytime soon.

Of course, rates do vary pretty significantly from county to county in the state and also by age and family demographic. It's possible you might find that you're the exception to some of these general rules.

Anthem really only made the list this year by default. If Medical Mutual didn't have to dramatically limit the areas in which they can offer health insurance in Ohio, this list would belong exclusively to Medical Mutual.

There's nothing wrong with Anthem as a company, they will be no better or worse to deal with than any other health insurance company you've had over the years. Their biggest sin for the last four years in not finding a way to play nice with major hospital facilities you need access to.

There's a really good chance one of these plans from Medical Mutual or Anthem will end up making a lot of sense for you in 2017.

Again, it's important to remember that this list was created to highlight the best all-around health insurance options for you. If you want to get a little more specific, let me know.