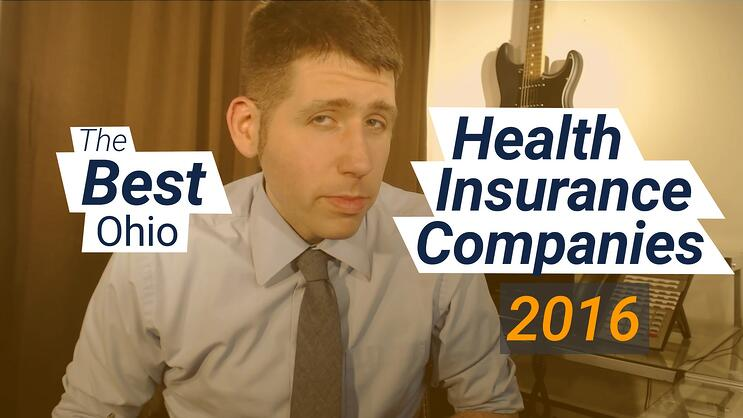 The Best Health Insurance Companies in Ohio for 2016

But trying to figure out the difference is trickier than watching a magic trick without your glasses on.

Don't worry, since Obamacare went into effect back in 2014 I've helped hundreds of people every year make sense of which health insurance companies are worth paying attention to each year.

The sad part about finding the "best" health insurance company is that there aren't that many.

Note: I just want to be clear that this list is for companies providing health insurance to individuals and family and NOT to businesses.

What Am I Judging these Companies On?

The biggest area I'm taking into consideration is network size, types of plans and price.

Additionally, I'm also going to consider how easy the company is for us to deal with as the agent and also you as the consumer.

My Qualifications to Judge?

I've been a licensed health insurance agent since 2009 and I have followed the Affordable Care Act since the day it was drafted. I've spent the last three years (since Obamacare went into effect) in the trenches working with clients everyday learning the ins and outs of the new system and how insurance companies have evolved with it.

I'm also appointed to work with every major health insurance company in the state that I can.

For the third year in a row Medical Mutual has continued to dominate health insurance in Ohio. In 2014 and 2015 it was almost a universal landslide. However in 2016 Medical Mutual's prices took a decent jump, big enough that the most price sensitive people could make a case for considering someone else.

Outside of the narrowing of the price gap, Medical Mutual still has one of the best networks of doctors and hospitals that you can buy.

Where most other health insurance companies decided to limit your options of doctors and hospitals once Obamacare took over in 2014, Medical Mutual held strong and maintained the solid network they offered before the law was in force.

Finally, they have just enough plan choice to fit whatever needs you might have. While they're definitely walking a fine line of not offering enough choice, so far there has been a plan for most circumstances.

Now we essentially have a three-way tie for third place.

Sure I could nitpick here and there and fight myself until I look like someone at the end of a Rocky movie. But these three companies are so close in mediocrity that it really isn't worth it.

There is going to one element, price plans or network that swings the decision for you. And because they are so close you won't know which one it is until you start looking at the prices for yourself.

But here's what you should know about each of these companies that might help break the tie.

Anthem used to go toe-to-toe with Medical Mutual every year in a pre Obamacare world and had aspirations of being one of the best individual health insurance companies in Ohio.

Now they seem content to ride that reputation as long as they can even when in reality they're playing for third fiddle.

The biggest reason Anthem has settled in the middle of the pack the last few years is due to their decision to kick the Cleveland Clinic out of their network at the start of 2014.

Not only did they stop working with the Cleveland Clinic they also made similar limitations in all major cities across the state. Their strategy since the start of Obamacare has been to allow you access to one major hospital system in your area and exclude the rest.

As long as I've been selling health insurance Aetna has never really been a serious player in Ohio.

Occasionally they would sneak up and surprise every now and then, but this year Aetna's prices were a little more favorable to where they at least got mentioned in almost every conversation.

Even if that mention went something like this "Aetna is $5 cheaper than Medical Mutual but has a much small network."

That's something these other companies have a hard time saying, that is until we get way down to the bottom.

Where Aetna and Anthem are similar in their network limitations, Aetna's plan selection is one of the smallest with only five different choices for 2016.

First off, this is not a real insurance company's name. This name rhymes with this company's real name.

I can't actually write the company's real name because they forbid me to use it in anyway, shape or form on the internet.

So, if you've been reading other information on our site and noticed the glaring omission, that's why.

Much like Aetna, Righted Stealth Won was never all that concerned with selling health insurance in Ohio at an affordable price.

It wasn't until this year they decided to give it a serious go and offer plans that were competitively priced.

Righted Stealth Won was part of the two-way tie until they started making very questionable decisions after this year's open enrollment. They also became increasingly more difficult to deal with, to the point issuing a simple short-term policy was a several week affair.

The Bottom of the Barrel

In reality, these last four companies are interchangeable in a race for last place and could all be tied for number five. However, for order's sake, I listed each individually in semi (but really no particular) order.

Overall SummaCare's main area of relevance is in Summit and Stark County. They offer one or two benefits that are superior to the companies above. But, the likelihood of needing those benefits are slim to none.

Their network is very limited and the pricing can't complete with companies like Medical Mutual.

The company formally known as Kaiser Permanente is the most famous HMO example on the list.

If you live close enough to HealthSpan's facilities and aren't worried about needing treatment anywhere else, than you might save a few bucks.

But like I've said before, the savings will be inconsequential if serious treatment is needed outside of their reach.

The last two companies are about as lean and mean as you can get and still quality to be considered creditable coverage under the ACA.

Molina is another HMO style company and offers coverage to a very limited number of doctors and hospitals around Ohio.

Until 2014 they were strictly a Medicaid provider and only offered insurance to people who were assigned to them from the state.

It's important not to confuse that coverage with the new individual coverage they started offering in the Health Insurance Marketplace in 2014. They are not the same thing.

This was the first year I became an appointed agent with them and so far the experience has been less than smooth.

Much like Righted Stealth Won, we've experienced substantial wait times trying to help clients and find it very difficult fixing problems for you.

I could almost copy and paste everything I said about Molina and put it here as well. These two companies share a very similar history.

The biggest difference between CareSorce and Molina is that Molina works with agents where CareSorce forces you to deal with them directly.

That means someone like me or another independent agent wouldn't be able to help you get signed up with their health insurance.

Chances are (depending on your potential tax credit) you're going to get what you pay for if you bargain shop for your health insurance.

Once you walk away from the clearance rack you'll find Medical Mutual offering the best value of any insurance company in 2016.

Of course there are a few specialty brands, like Anthem and Aetna that might fit you better, but more often than not they are the exception to the rule.

Put each of these companies to the test for yourself and see where they fall.