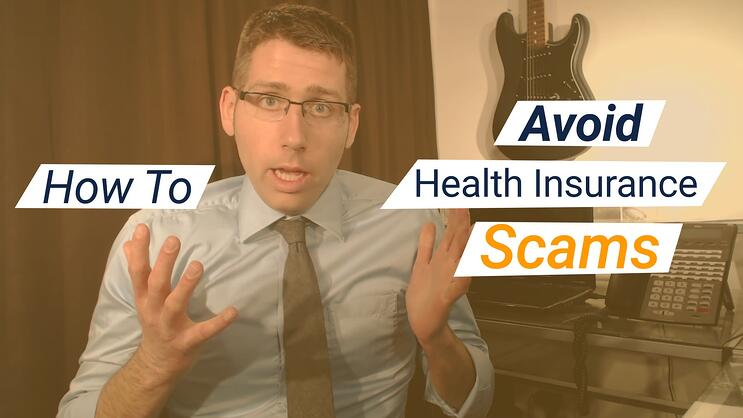 How to Not Get Scammed Buying Health Insurance

If you're not completely sure what you bought, there's a good chance it isn't real health insurance.

I've been selling health insurance for seven years, which has covered pre and post Obamacare policies.

The one thing that has remained constant is the fly by night indemnity plans that prey on your confusion and desperation.

I've lost count over the years the number of people who I've had to break the news to that they didn't actually buy a full on health insurance policy.

This, as you would imagine comes with a decent amount of shock and surprise that something like that could happen.

As an attempt to help you avoid the mistakes of those people and me not wanting to tell you your health insurance is fake, here's everything you need to look out for.

We Have a Zero Dollar Deductible

This is usually the biggest red flag you can spot and the first one your would be salesman will raise.

Zero dollar deductibles were hard to come by in a pre Obamacare world and only exist as an urban legend since the law took hold in 2014.

Technically your plan doesn't have a deductible because instead of having a limit where you stop paying when things go bad, they only have a set dollar amount they give you no matter what.

It's one of the most dangerously misleading things someone can present to you.

If you held onto this "zero dollar deductible" plan and needed to be admitted to the hospital, you're in trouble.

The sad part is that's the mildest example of what could go wrong under these circumstances. If you found yourself under the knife for a more serious condition like open heart surgery or cancer treatment you'll barely be able to believe the final bill.

You Can Apply Anytime of the Year

One of the fun treats Obamacare created was a health insurance buying season, this is more technically known as open enrollment.

This is the only time during the year where you are allowed to buy a "real" health insurance policy. It lasts for three months and traditionally starts on November 1 and ends on January 31.

Which, you might notice is slammed right in between the busiest holiday season of the year.

If you are looking to buy health insurance outside of this time of year, without a special enrollment, you need to wait for open enrollment.

Again those questionable indemnity plans can be sold anytime of the year because they don't meet the requirement to be considered creditable coverage as defined by the law.

During your moment of desperation you might have filled out a few forms online trying to get quotes for that real health insurance policy you were looking for.

Within a matter of seconds your phone started ringing and hasn't stopped since.

What happened was the form you completed was part of a lead provider service that sells your information to a bunch of insurance agents over and over again.

Your phone number is that agents only plan on how to sell a policy.

So they will keep calling until they can't call anymore.

If or when they do get you on the phone they usually are willing to blur all kinds of lines that increase their chance of getting you to buy.

You Have to Buy Before the End of The Phone Call

This is one of my favorite pressure tactics that is so far removed from reality it's borderline illegal.
Like we established earlier, the only deadlines or time limits you need to worry about have to deal with open enrollment and more specifically the 15th of every month.

Anything thing else can be bought anytime, anywhere and never dependent on the duration of a phone conversation.

There are no deals, incentives or time sensitive anything when buying health insurance. The price is the price no matter who you talk too, period. It's actually a law.

What About Those Christian Peer-to-Peer Plans?

This one is a little trickier and calling it a scam is a bit of stretch, but I feel it leaves you in a pretty dangerous spot if something bad happens.

Basically these plans rely on the fact that a bunch of people who want to play health insurance company have collected enough money from everyone to pay for your stuff if or when you need it.

They operate outside of any industry regulations and are not required to meet any solvency requirements all other insurance companies do.

Even those fly by night indemnity plans are backed by state and federal regulation, making sure they have the money they said they would have to pay for your treatment.

Of course, if nothing happens, then you'll be fine and it was probably a great deal. But if something does and there's no money to pay for the operation you really need, that money is coming out of your pocket. Or severely jeopardizing you from getting the car you need.

A Better, But Not Great Option

If you do need to buy some kind of health insurance off cycle from open enrollment, a more practical option would be a short-term policy.

These look and smell a lot more like that real policy your chasing, in the sense there's a limit where you stop paying for medical bills, (that's called your out-of-pocket maximum) and your health insurance company picks up the tab.

At the end of the day, that should be your health insurance policy's number one job, regardless of what type it is.

A short-term plan is still not considered creditable coverage like the indemnity plan and would leave you open to pay the "tax" or fine for not having health insurance.

At the end of the day you should always know exactly what you're buying when it comes to your health insurance.

If you are ever unsure about a policy someone is trying to sell you, there's three questions you can ask to make sure you're getting the real deal.

If you're given the right answer to all of those questions then you should be on the right track.

Don't get scammed on your health insurance.