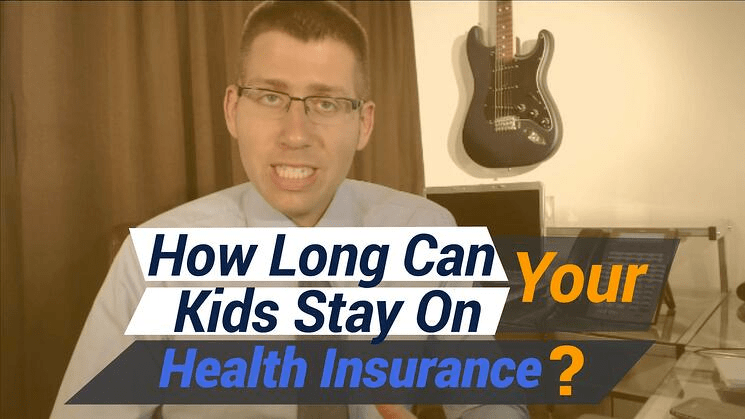 How Long Can Your Kids Stay on Your Health Insurance Plan in Ohio?

As a parent you would do anything for your children and I'm sure they've tested your definition of anything over the years. It started out as simple as making sure they ate, slept, were clean and had cloths on (that last one may have been optional depending on the day).

Then you graduated to slightly more complicated tasks like homework, friends and even relationships. Yikes!

I've got at least a handful of years before I have to start worrying about that as my kids are only four and two.

You've been preparing them their whole life not to need you someday, but no matter how successful you may have been in that quest there's one thing they can't seem to do without you. Health insurance.

Your new young adult might be passing a milestone like graduating high school, college or getting their first real job and you're thinking to yourself, how long can they stay on my health insurance plan?

The truth is, you will probably be surprised by the answer and it's possibly longer than you may want them.

In Ohio the fancy insurance term for this is called dependent age limit and it is currently set at 28 years old.

You might also have heard people tell you it's 26 years old, that's the federal dependent age limit.

Back in December 2014, the Ohio legislature passed Senate Bill 201 which actually gave health insurance companies in Ohio the ability to revert back to the Federal age limit of 26 if they want.

Aetna actually released a statement a few weeks back saying they would keep the dependent age limit at 28 for the following reasons.

That insurance speak translates to basically mean Aetna would have less people who could be on their plans and it doesn't make a difference in the cost of the plan.

If/when your child hits the limit, they will simply have to buy a policy on their own. This isn't as tragic of a scenario as it may seem.

If their birthday falls outside of open enrollment (the time in which you can buy health insurance, no questions asked), reaching the dependent age limit would be consider a loss of minimum essential health coverage which would allow for a special or qualifying event to buy a policy.

Or, to put it more simply. When they are forced of your policy that will allow the ability to buy it on their own regardless of what time of year it is.

Do you have to wait until the dependent age limit?

Just because they can doesn't mean they have too.

You can politely suggest or inform your children anytime that you will no longer be providing them with health insurance.

There are a few details that you will need to check before officially pulling the plug on their coverage to make sure they are able to purchase a policy of their own.

Depending on the cost and benefits your employer is providing it might make more sense for them to have their own policy.

Not too mention the extra dash of responsibility that you will provide them by having to manage their own health insurance.

Health insurance is simply a numbers game. If it's more cost effective to keep your kids on your plan until they reach the dependent age, then do it.

If the numbers are a wash and it's almost the same cost either way, then you might prefer to let them start dealing with their own health insurance sooner rather than later.

Let's take a look at some of the plans you might want to consider for your "young invincible."