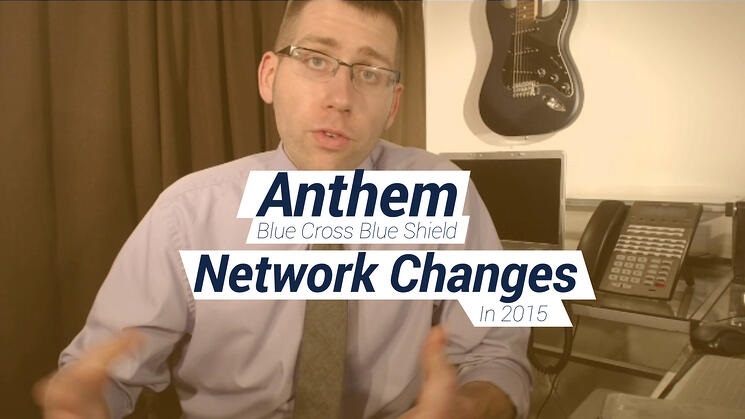 The first piece of good news to come out of this upcoming enrollment season is about Anthem Blue Cross and Blue Shield wising up and realizing one of the mistakes they made with their network last year.

Notice I said one, yes that means there were multiple network fouls in my opinion that they committed last year. Let's all at least be thankful for one correction.

This correction is the reinstatement if you will of their blue card.

What's Does Anthem's Blue Card Do?

This is the part of the plan/network that allows you to receive treatment from any Blue Cross Blue Shield affiliate facility as an in-network provider, anywhere in the country.

That means if you like to spend your winters in Florida and want to have access to a wide range of doctors to see while you're down there, the blue card is what makes it possible.

This is easily one of Anthem's biggest competitive advantages over any other health insurance company in Ohio and they basically threw it away last year.

If you don't remember, here's me telling you that very same thing last year.

Anthem health insurance, when connected to their blue card gives you access to the largest network of doctors and hospitals in the country, period.

Anthem and Cleveland Clinic in 2015

For those of you who are located in the Northeastern part of Ohio found it exceedingly troubling when they kicked the Cleveland Clinic and all their regional hospitals out of network.

That meant they only gave you the option to receive treatment from the University Hospital system. If they're your go to guys, it might be that big of a problem, but the question I always ask is, “why limit yourself if you don't have to?”

Also, it didn't stop there.

Anthem BCBS cut similar deals with hospital systems in other regions of the state. From Columbus, Toledo, Cincinnati and Dayton all saw their options limited by Anthem as they choose sides with one hospital system.

So far that doesn't look to be changing this year and you will still be dealing with the slim pickings within state lines.

There has been a few exceptions made where key specific hospitals have been brought back into network. I'll talk about those in a separate post.

Does This Make Anthem a Good Health Insurance Option in 2015?

It definitely works out better for those of you who spend more time out of state during the year than in, but my guess is that's not the majority of you?

I can't really fully jump back on the Anthem BCBS bandwagon until more major hospital systems are brought back into the mix.

I'm always going to favor a health insurance company with more choice, there's no getting around it.

You never know what could happen and what doctor you might need to treat it. Even if you have strong feelings, negative or positive, about a particular hospital system if they've got that one guy you need, you're going to want to be able to see them and not go into extreme debt doing so.

Not all hope is lost, it's still early days for Obamacare and the massive changes it brought your way.

I would imagine over time you will see things improve in the network department for most insurance companies.

If there's one thing those health insurance companies don't like to do, is guess. And offering a huge network to a new group of people they never have had to insure before was a huge guess last year and to an extent this year.

Eventually there won't be so many guesses and when there's not, you should have more choice.